Momo: Viral Hoax, Deadly Curse and the Dark Side of the Internet 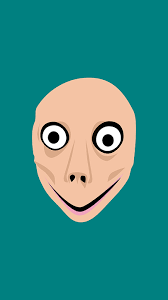 #Momo is real; as real as we allow her to be. In case you missed the brief flurry of articles and news reporters that appeared earlier this year, Momo is a frightening, disfigured female with a distorted, human like face and birdlike body who, reportedly, suddenly appeared in the middle of YouTube videos intended for young #children. Momo appears to gaze directly into the camera, an uncomfortable and sudden sight for any adult to see, let alone a child.

Whispers began to circulate that once a child viewed a video featuring Momo, he or she would be possessed by Momo’s demonic spirit, spurring what became known as “the Momo #Challenge,” which would ultimately lead to the child committing #suicide to appease Momo.

Rumors of the Momo Challenge spread like wildfire thanks to social media, stirring up a brief but frenzied panic, with parents urging other parents to monitor what their children are watching on YouTube (um, shouldn’t we be doing that anyway?). Post after post appeared with stories of young children committing suicide as a result of the challenge, though subsequent investigations failed to find any actual documented cases of the Momo Challenge resulting in any deaths, suicide attempts or otherwise.

The Wave of Internet Hysteria

Later, a Japanese artist would admit that he created Momo as an artistic #experiment, and destroyed “her.” Momo was a farce that resulted in a brief wave of #internet hysteria, and it was a success in a very morbid sense of the world.

So, for argument’s sake, let’s say that both the Momo and Blue Whale Challenges are fake, and that (fortunately), no young people have actually lost their lives thanks to the production and circulation of an ill-advised “artistic experiment” or viral video. What is known is that dangerous trends do spread online which can indeed hurt children and teens. Take, for example, the number of young people who have lost their lives attempting to take selfies in dangerous situations (i.e. from great heights or so forth). Or, other seemingly dumb yet harmful trends like the cinnamon challenge, the fire challenge, the Tide Pod challenge, or the trend of smoking alcohol, which can land you in the hospital (Google it if you must, but under no circumstances attempt these ridiculously reckless stunts).

What is the Bottom Line?

The bottom line is that while Momo and the Blue Whale Challenge are undoubtedly disturbing and frightening, especially in an era when it feels like a losing battle to protect our children from the content they view online, Momo and the Blue Whale are not nearly as dangerous as popular, reckless viral trends that teens and adolescents are drawn to in order to gain views and likes online. How to combat this? Perhaps by having a frank and honest discussion about why taking dangerous selfies and videos is simply not worth it. Momo may not be able to touch our children, but fear, anxiety, peer pressure, insecurity and loneliness certainly can.