A Haunted House in Columbia, Alabama 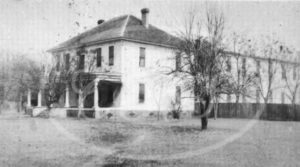 Columbia Manor is a famous #haunted mansion that was built in 1864. Originally the manor was meant to be a college, #Columbia Institute; later becoming a hospital, which housed patients that were being quarantined due to having the physical ailment known as #Pellagra. Pellagra is an illness that is caused by a deficiency in nicotinic acid (tryptophan). Patients with Pellagra have an over-reliance for corn as a staple in their diet; they are also depicted with severe dermatitis, diarrhea, and mental disturbances such as dementia, which ultimately lead to their untimely death.

#Columbia Manor later became a private residence; it is currently one of the #top ten haunted spots in Alabama. This article is going to be about what the mansion was like preceding the time it became a haunted mansion.

Dying from Pellagra was not the only thing the residents of the Columbia Manor had to fear. There were several cases of death by suicide; one case of which was that of a Dr. John Yarborough, in which he committed suicide in the living room of the manor after his wife confronted him regarding an extramarital affair he had been having with a nurse. The nurse was also said to have hung herself from a chandelier that was in the vestibule located in the front entrance.

It is believed that when there is an unwanted death, what remains behind is an unwanted presence. It has also been rumored that when the manor was sold and refurbished to its original Victorian splendor, a few of the previous residents and guests wanted to make others aware of their presence. These have become increasingly active with every renovation that is done.

Many strange #paranormal events have occurred at the Columbia Manor, such as tools or other items disappearing and then mysteriously showing up in the very spot in which they disappeared from. There have also been indications of odd feelings, cold spots and even foreign scents. There has even been the unexplainable sound of footprints creeping up the old, staircase.

Columbia is just one of Alabama’s TOP 10 Haunted Places! Check out the 13 nights of terror if you dare!

These are just a few of the guest that will be attending the events at Columbia Manor. 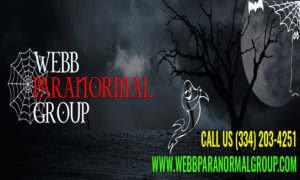 On the opening night, #October 5th Friday, at 7 pm CST until Midnight. Webb #Paranormal Group will accompany The WEBB (thwebbradio.com) 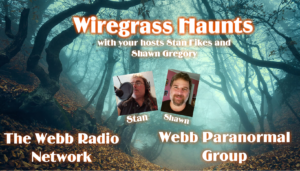 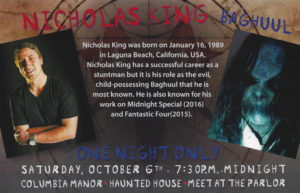 On Saturday, October 6th starting at 7:30 P.M. CST until Midnight, everyone make sure to come out to meet Nicholas King from Sinister 1 & 2. Best known a the evil child-possessing “Baghauul.” He will be there one night only. Bring cash ($10) if you want an autographed picture. A meet & greet will be held in the parlor. 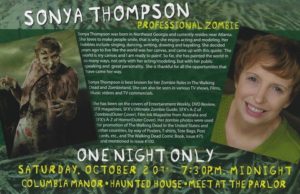 Saturday, October 20th, starting at 7:30 P.M. CST until Midnight, everyone come on out to meet Sonya Thompson from the Walking Dead. She will be at the Manor for one night only. Make sure you bring $10 cash if you want an autographed picture. A meet & greet will be held in the parlor.

Columbia Manor’s owner, Todd Chandler, believes in giving back to the community. He has definitely done that with the help of so many others over the past decade. It has and will always be a top priority at Columbia Manor to support the local community because they believe you can only keep what you have by giving it away.

For more information and other dates and admissions can be found here.