The Andrea Perron Family: A Conjuring 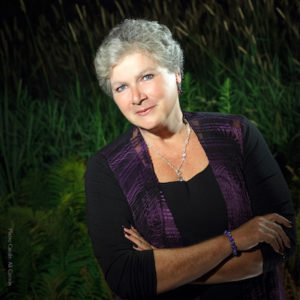 Who is Andrea Perron? In this premiere edition of the Webb Paranormal Group Newsletter, we are focusing in on author Andrea Perron, whose incredible real-life experiences formed the basis of 2013’s The Conjuring. Perron, whose accomplishments include penning the trilogy House of Darkness House of Light, was born and raised in Southern New England. In 1970, Perron moved to an 18th-century farmhouse in Harrisville, Rhode Island along with her four sisters and her parents, Roger and Carolyn.

For the next 10 years, what would follow would be a terrifying tumble into a paranormal abyss, with an ever-powerful dark entity seeming to draw energy from the chaos that ensued within the Perron household. From sharp temperature drops in the middle of the night to phantom dark shadows and sudden loud bangs, things quickly went from strange to absolutely horrifying.

The Perrons were under attack–but by what, or whom?

It is believed that there were several dark forces at play, not just one. That said, one being was stronger, darker, more violent and more dangerous than the rest.

The family of seven was being downright taunted and tormented by a dark force, an entity who clearly claimed the farmhouse as her own. This was her house and she ruled it. Who was she? Mrs. Lorraine Warren said her name was Bathsheba. The family believes it was a spirit long dead before Bathsheba was born.

Bathsheba Sherman sometimes referred to as Bathsheba Thayer, is believed by some to be the embodiment of the dark force that tormented the Perron family during the 1970s to the extent of inflicting actual visible, physical harm as well as relentless psychological torment.

Mrs. Warren claimed that Bathsheba represents a ghost, witch and demon all in one; a dark paranormal entity with seemingly endless power. In The Conjuring, at the culmination of Bathsheba’s attack against the Perron family, they would seek out the help of famed paranormal investigators Ed and Lorraine Warren. The late Ed Warren was a demonologist who would assist in exorcisms and the removal of cursed objects from homes. Lorraine Warren, who resides in Connecticut, is believed to have psychic abilities offering her a unique, terrifying insight into the world of the paranormal. Together, the two would visit troubled households across New England and lecture at various college campuses regarding their research and work, often addressing lecture halls full of skeptics.

The Movie the Conjuring

In the film, the Warrens found a worthy adversary in Bathsheba. The Warrens remain highly controversial by their peers in the field of paranormal investigation, as well as those who have studied their research in the scientific and psychological communities, often labeling the Warrens as inauthentic, using a blend of religion, pseudoscience and acting in order to exploit the afflicted. However, prior to Ed’s death, the Warrens did regularly lecture at academic conferences and routinely held their own in rooms filled with skeptics. Often, Ed and Lorraine would show video footage of their work, such as participating in an exorcism, to the audience while giving a presentation. The effect was chilling, often leaving even the most unbelieving utterly speechless.

So, in the case of the Perron homestead, what is fact and what is fiction, what is real and what is imagined, what liberties did Hollywood take, what can be historically proven, and what did the Perron family actually experience?

As far as history goes, it has been verified that a real woman named Bathsheba Sherman lived close by the property that the Perron family would later occupy. She was born in 1812 and died in 1885. What is also known is that many of Bathsheba’s neighbors were frightened of her, believing her to be a Satanist and practitioner of malevolent witchcraft.

Andrea Perron defends this spirit, giving her the full benefit of the doubt, and firmly believes Bathsheba is being tormented in death because of her inaccurate portrayal and the rumor and innuendo which persists long after her mortal demise. She can no longer defend herself. Andrea does it for her.

According to local folklore and legend, Bathsheba was as evil in life as she would prove to be in death. There were rumors that Bathsheba sacrificed an infant in her care to Satan for the sake of eternal youth and beauty. Of course, though exonerated of all wrongdoing during an inquest, Bathsheba may have been unfairly judged by the court of public opinion in Puritan New England, with Salem just a stone’s throw away, its fires still smoldering. Fueled with the fire and brimstone packed sermons of the likes of Jonathan Edwards, famed author of “Sinners in the Hands of an Angry God,” if there was someone who was an outcast, they were demonized, feared and shunned.

Not well liked, but was she evil?

Perhaps the real Bathsheba was simply not well-liked, and the rumors, which followed her were largely exaggerated or downright untrue. Or, in the alternative, she could have been a mortal woman who committed evil acts. What is known is that after she died, Bathsheba (or the idea of Bathsheba) would transform into something truly reprehensible and evil, leaving behind any and all traces of humanity that she may have once had. If people lack the ability to be purely good or purely evil, then perhaps those same limitations do not apply to the spirit realm. Perhaps whatever inherent evil that was once a smoldering ember inside Bathsheba’s tormented soul while she walked this earth would soon become a raging flame that would engulf her completely after her death.

Who was the evil spirit?

Whether or not it was Bathsheba Sherman, there was a female spirit lurking in the farmhouse for over 150 years, as if waiting for the arrival of the Perron family. And when they arrived, she would greet them. What did the Perron family actually experience? The stench of rotting meat often indicated a ghostly presence, an observation several members of the family would make. She reportedly focused her vile attention on Carolyn, assaulting her physically and psychologically; driving her to the brink of madness and sheer terror. Carolyn Perron was pinched, scratched and stabbed, repeatedly assaulted, leaving marks and bruises behind that were visibly discernible. Of course, this is a claim that skeptics find unacceptable.

However, the otherwise calm, pragmatic, and reserved Carolyn Perron was not one to exaggerate, nor did she have a history of mental illness or self-injurious behavior. There are too many similar stories told independently by each member of the Perron family to simply be explained away or dismissed as a psychological phenomenon. As a whole, the Perrons were a reserved, private family; the very antithesis of attention-seeking, and the last people you would expect to want the spotlight to be cast on their private lives. The Perrons were virtually robbed of their private lives; they were constantly under assault by an invasive, otherworldly presence. In some marriages, there are other types of specters to contend with. There are inner demons to be confronted and the ghosts of old loves. For Roger and Carolyn Perron, the demons rocking their marriage were very literal and could not be ignored.

To the Perrons, and Carolyn in particular, the offending spirit was very real and very frightening. She once appeared before Carolyn while she was in bed; a horrifying, disfigured, gray figure with her fractured neck terribly askew, leaving her cobweb and insect-riddled head hanging to one side.

It is a terrifying, evocative image, almost unimaginable. Bathsheba represents the unholy, the unwelcome, the unwanted and the unclean. Carolyn was the matriarch of the Perron family; a wife and mother; loved, cherished and honored. For the spirit who apparently still perceived herself to be mistress of the house, Carolyn needed to be removed. But first, she needed to be utterly destroyed. Wherever there was light, goodness and warmth, she would besmirch it with darkness, turning everything good and pure into something sinister and depraved. At times, it seemed as if she was toying with the Perron family for her own amusement, relishing the suffering and horror that Carolyn, Roger, and the five sisters fell victim to.

How did Perron, she react to Hollywood’s take on her family’s decade-long ordeal? 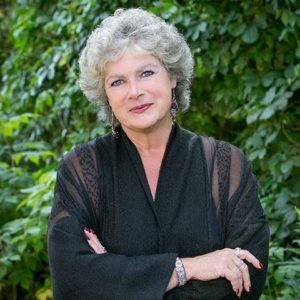 She praised the film, pointing out that it was very well done, but also indicated that there were numerous incidents of artistic license and elements of the story that were not included in the cinematic dramatization of events.

In the movie (spoiler alert), things come to a dramatic head when the Warrens exorcize Bathsheba’s spirit from Carolyn’s body successfully, thus successfully ridding the Perrons of their dark tormentor. However, in actuality, the Perron family had to learn to adapt to living with the multiple spirits in their home. Bathsheba was not chased out of the house in a neatly packaged way. More information about the differences between the Hollywood’s take on the Perron family and what is reported to have actually happened can be found here, along with side-by-side comparisons.

After completing her higher education, Andrea Perron would endeavor on a literary career and go on to chronicle her family’s incredible story, writing the unforgettable trilogy, which would later inspire The Conjuring. Ms. Perron’s most recent work, “A Wonder to Behold: Guideposts for Intergalactic Engagement with Humanity,” is scheduled for publication later this month. 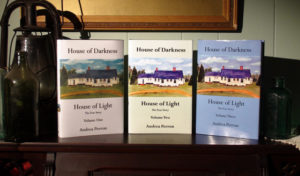 Information about the differences between Hollywood’s take on the Perron saga and what is reported to have actually happened can be found here, along with side-by-side comparisons.

To hear about Andrea Perron’s amazing life experiences, literary career, and incredible encounters with the paranormal, be sure to listen to the Wiregrass Haunts Radio Show on the WEBB Network on January 3rd, 2019 from 7 PM to 9 PM CST where Ms. Perron will be appearing as a guest. Perron will be discussing her most recent project as well as her incredible life with Bathsheba.